Today’s guest blogger is by good friend Paul Sohn, who writes an award-winning leadership blog, Salt and Light.  At Sunday’s Super Bowl, the Seahawks coach, Pete Carroll, made a bad call that cost the team the title. What happens when good leaders make bad judgment calls?

For the Hawks fans, it was a hard pill to swallow. With less than 30 seconds remaining in the 4th quarter of Sunday’s Super Bowl XLIX and with Seahawks in the red zone, Russell Wilson threw a surprising interception to Patriot’s Malcolm Butler. Everyone was expecting the “Beast Mode” Lynch, but what we ended up was an incomprehensible slant pass. The rest is history.

While I was noticing the incredulous reactions going on Facebook and Twitter, I couldn’t help but a see a leader who had great intentions but made a seriously bad judgment call. Unlike last year, this year’s Super Bowl was neck-and-neck as these two teams went mano-a-mano. In fact, there were several moments of genius displayed throughout the game. But, the game doesn’t end until the final buzzer.

This led me to think about what makes a great leader? Noel Tichy, the author of Judgment: How Winning Leaders Make Great Calls, said, “With good judgment, little else matters. Without it. nothing else matters.” In the face of ambiguity, uncertainty, and conflicting demands, the quality of a leader’s judgment determines the fate of the entire organization. Judgment is the bedrock of great leadership.

Can anyone forget that Harry Truman issued an order to drop an atom bomb? If you think of Bill Clinton, you remember the Monica Lewinsky scandal. In this case, the head coach for Seattle Seahawks, Pete Carroll, will be known for botching the final call.

Noel Tichy and Warren Bennis said that leaders who regularly show good judgment aren’t just having a series of terrific (or lucky) “aha” moments. Rather, they use a three-phase process:

“During preparation, leaders sense and frame the issues that demand judgment calls and align their team remembers so that everyone sees why the call is important. Preparation incorporates three steps: 1) sense and identify the issues which entails reading early signals; 2) frame and name it, setting clear parameters and providing a context; 3) mobilize and align key stakeholders, inviting their input and harnessing their energy. Wise leaders habitually sense, frame, and align so they are prepared for the call, which can arise any moment without warning. This is a vital in crisis situations; the likelihood of making a good call is vastly increased if the call is made in the context of a story line.”

“The call, the moment of the decision, is often as quick as the flip of a switch. Leaders usually consult with others, and then make the decision. At one instant, leaders haven’t chosen a course of action, and by the next, they are in the execution phase. But this is exactly why good preparation and execution are vital. It’s before and after the call that leaders can take a breath and garner support. There’s a redo loop between the end of the preparation phase and the start of the call phase, when you may get another chance to mobilize and align if you’ve failed to do so. Most leaders struggle to take advantage of this opportunity. Once you make a tough call, it can feel irrelevant to go back and invite input. But that redo loop can make all the difference.”

“This means making the call happen. Once a call is made, a leader needs to mobilize resources, people, information, and technology to support it. At Yum Brands, which operates Taco Bell, KFC, and Pizza Hut, CEO David Novak made a judgment call to appeal to consumers’ desire for choice by combining restaurants in single locations – two stores within a store. The goal was to increase volume. Consumers loved the idea of choice, but employees balked, because they prided themselves on the power of their individual brands. So the strategic judgment initially failed, and Novak and his team had to pull back and adjust. His passion may have interfered with execution. He neglected the learn-and-adjust part of the phase. He now takes time to learn about people’s interests and concerns, adjust his strategy, align the members of his leadership team, and accelerate deployment of the multi-branding strategy. To make the call happen, leaders must learn and adjust along the way.”

Do you believe judgment trumps experience?

Paul Sohn writes an award-winning leadership blog, Salt and Light. One of Paul’s most popular blog posts is Counting My Blessings: 100 Things I’m Thankful For. He currently serves at The Boeing Company as a LEAN practitioner, providing expertise in continuous improvement initiatives, building high-performing teams and processes to create effective organizations. Organizational consultant and Board Director at the Portland Leadership Foundation, he’s writing a book on how to live intentionally as a twenty-something. Paul received a Bachelor of Commerce degree at University of British Columbia in 2010. Above all, Paul’s vision is to turn the world upside down by equipping, connecting, and transforming emerging Christian leaders and organizations. 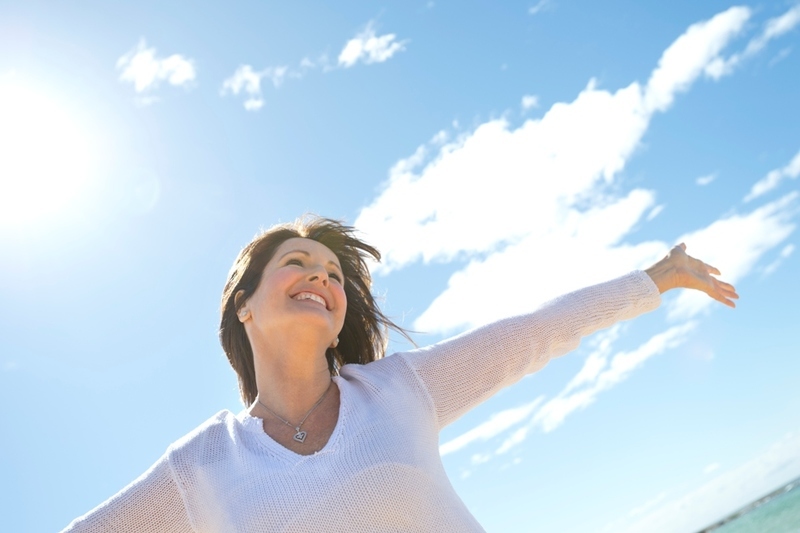 Discover how to make decisions you won't regret. No matter what changes life has for you today, you can overcome the anxiety of tough decisions with a clear head, peaceful heart, and confidence.

Betcha God makes a way where there is no way.

In times of anxiety or disconnect, with these 10 practical tips, you can make clear decisions you won't regret.

Discover how to make decisions you won't regret. No matter what changes life has for you today, you can overcome the anxiety of tough decisions with a clear head, peaceful heart, and confidence.

Betcha God makes a way where there is no way.

In times of anxiety or disconnect, with these 10 practical tips, you can make clear decisions you won't regret.

Join Us for the Awakening Conference May 28-30!

How to Rise up with Resurrection Hope! (2 min. video)

﻿3 Things a Toastmasters Defeat Taught Me